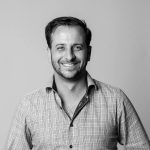 Chris is the founder and CEO of SignalFire. He previously led General Catalyst's seed investment program, including investments in Coinbase, Discord, Stripe, and Zapier. Josh Constine is a Principal investor and Head of Content at SignalFire focusing on consumer, social media, collaboration, and the creator economy. He was formally TechCrunch's editor-at-large, where he was named Techmeme's #1 most cited tech journalist 2016-2020. You absolutely cannot miss this deadline. The director, client, and special effects artists all have urgent feedback that has to make it into the next cut. You’re collecting reshoots from the videographers, juggling versions from your editing team, reviewing marked-up clips from the colorist, and making sure nothing leaks before it airs.

But to make this video truly brilliant, you have to stay in flow. There’s no time to manually move files between storage services, dig suggestions out of email, or trek back to the office to access raw footage. Luckily, you don’t have to. Like Disney, HBO, and Netflix, your team uses Frame.io to collaborate on video production so you can do it all in one app from anywhere.

Building software like this for professional creatives requires the mind of an engineer and the heart of an artist. We found both in Emery Wells when we met in a Palo Alto coffee shop 6 years ago. He beamed with empathy for video producers because he’d spent over a decade doing it himself. That inspired us to invest in Frame.io’s seed round and every raise since.

Hit skip to replay the video above

Frame’s product releases have become favorites amongst our team because each is paired with its own red carpet-worthy launch video. The company puts its own software to use editing these gorgeous trailers, demonstrating their deep respect for the craft.

Now he and his team at Frame.io have the opportunity to help the world’s biggest creative software clients stay in sync so they can create gorgeous video content. Today, Adobe announced it will acquire Frame.io, where Emery will continue to lead his team towards building the future of video production in the cloud.

“Anyone that’s paying attention knows the future of work is real-time, centralized in the cloud, and collaborative. Video has been an industry that has been slower to adopt the cloud but we’re standing at the precipice of the next major step-function change in the way video gets created” Emery says. “It will be as significant as the shift from analog to digital.” He’s ready to lead that shift at Adobe.

Emery started as a production assistant before becoming a compositor, motion graphics artist, executive producer, and eventually the founder of his own post-production agency Katabatic Digital where he created shorts for Saturday Night Live. That meant when he launched Frame.io with Katabatic’s Chief Scientist John Traver, they were building for themselves. The startup saw an opportunity to arm independent producers with even better software than the biggest studios.

They knew video can’t be treated like most static files that move through Box or Dropbox. It’s a rare art form that takes an enormous team to create, and constantly evolves before release. It requires powerful specialty software like Adobe Premiere Pro and AfterEffects to compose, yet there was no ubiquitous product for collaborating around its completion. Frame.io has built a powerful product to fill that gap, but also a unique company culture where both creatives and engineers can thrive. Creatives often crave flexibility and autonomy, doing things their own way. Engineers are more accustomed to reliable processes. Our operating partner Tawni Cranz had navigated a similar challenge as the Chief Talent Officer of Netflix, and offered ideas on how the company could remain free-spirited while staying on schedule.

“SignalFire was one of our first investors and has been incredible partners throughout our journey” Emery graciously tells us. “I’ll never forget when it came time to hiring our first recruiter. This was a new and unfamiliar role to me at the time. SignalFire flew their Head of Talent Mike Mangini to New York City to personally interview our candidates and make a recommendation. I think it was a great example of their grit and hands-on approach to working with their portfolio companies.”

The Frame.io team was put to the test this past year as cloud collaboration became essential. With offices closed and employees working remotely, studios couldn’t rely on huge editing bays and on-prem software to securely stay in sync. Frame.io picked up the slack as the industry shifted towards the cloud that Emery and his team had been preparing for years. Adobe saw this inevitable transformation coming too. Reimagining its Creative Suite for the cloud massively expanded accessibility, both in the sense of letting artists work from anywhere as well as creating a monthly pricing structure that made it easier to try. Now Frame.io’s integrations with Adobe’s Creative will get even tighter so creatives can concentrate on what they do best.

Video has become the default communication medium for the next generation. It’s persuasive and emotionally resonant, effortlessly immersing the audience rather than feeling like a chore. With larger phone screens and faster mobile networks, the market for video compounds each day. It’s journalists relaying scenes from the front lines, creators becoming heads of full-fledged studios, brands showing their products in action, and blockbuster filmmakers evoking our wildest dreams. Video tells the story, and the storytellers live on Frame.io. Congrats to Emery, John, and the whole team on reaching the ultimate scale with Adobe. Funding “Flymachine” to make URL concerts as good as IRL 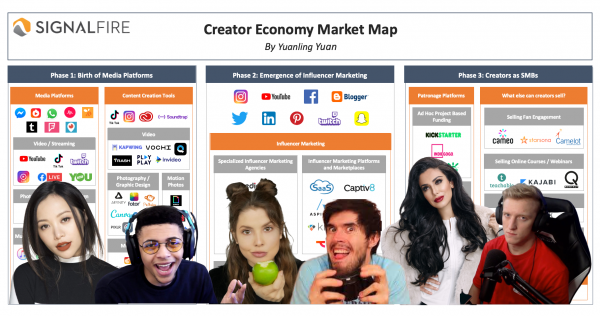